We Thank These People 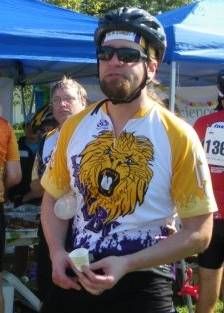 "In 2002, I received a call from a good friend, Cyril Sagan, who was planning on participating in his first MS150 event. It was a lengthy conversation in which Cyril stressed that he "liked running his mouth and thought he could raise money" to help fight the devastating effects of MS and he needed a sponsor (Carolina Brewing Company) for the team. Knowing Cyril quite well, my initial response was "What do I have to do and how much money is it going to cost the brewery?" He responded "nothing" to both questions. Since I have a close family member who was diagnosed with MS in 1998, I agreed to sponsor the team and TeamCBC was born." 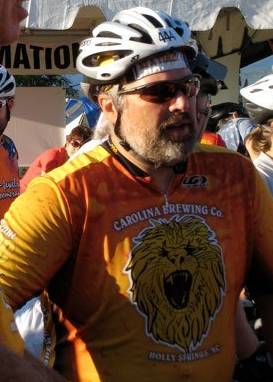 In 2007 Bob began to ride with the team. In 2008 he began to organize rides and assisted with organizing TeamCBC for what is now called BikeMS. Rides became a regular part of summer, with rides occurring every two to three weeks during the training season. This gave riders more riding opportunities to get to know each other and jell as a team. In the 2007 ride, the MS150 participation was approximately 42 riders. In 2008, participation jumped to 91 riders who rode at BikeMS. TeamCBC is now the largest team participating in North Carolina's Eastern Chapter of the Bike MS ride bringing 170 to 200 riders per year